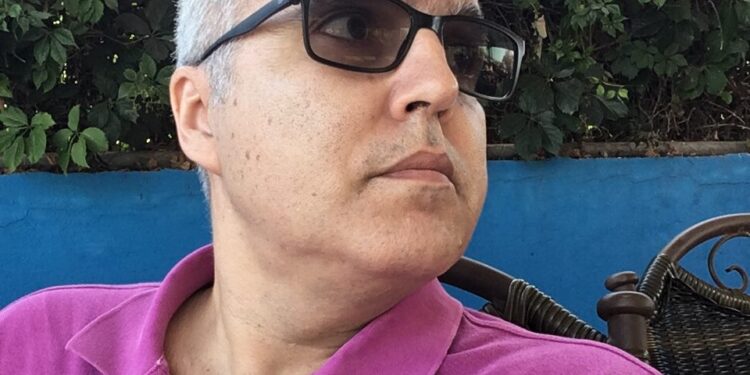 Talking about pay may be tricky, but it’s a necessary skill, particularly as more workers find themselves in the gig economy.

Read the whole article on 99u.adobe.com/articles

If you aren’t a freelancer yet, your time may be coming.

The signs are already there: research shows that more than a third of the U.S. workforce freelanced last year, an increase of 7% since 2014, while the non-freelance workforce grew just 2% over the same time. According to some estimates, freelancers and contractors could make up more than half the workforce within the next decade.

While much of that is good news for work-life balance and flexibility, it does put pressure on freelancers to become better advocate for themselves when it comes to pay. Indeed, many companies have eliminated full-time positions in favor of permalance contracts, engaging employees to work as full-time contractors often without benefits. As a result, there has never been a more critical time for freelancers to know their rights and their rates, and to take steps to prepare for these types of negotiations.

Educate yourself through salary resources and networking sites

Too many freelancers freeze up when it comes to discussions about money. Often reluctant to charge too much for fear of scaring away potential clients, they may be unaware of the critical value of their skills and experience to an organization, or what compensation is customary, and may not have realistically calculated what the project will eventually cost them to complete. Sadly, women in particularly are at even more of a handicap, with research showing that they tend to pitch lower rates than their male counterparts.

That’s why it’s so important to do your homework. Googling “what should I charge” will get you an overwhelming amount of (often useless) information, but tapping trade-specific platforms can help. For example, a helpful resource for artists in the nonprofit sector is the W.A.G.E. Guide (Working Artists in the Greater Economy), which establishes industry minimums for speaking gigs and exhibitions. Another is Study Hall, an online support network for media professionals, who last December put out a call on Twitter for rate transparency that went viral.

There are also more traditional career development outlets like Mediabistro, local organizations by state (in New York, the Council for the Arts), and the Freelancer’s Union, whose blog often posts useful tips for setting freelance rates. Networking sites like Alignable, Contently, and freelancer groups on LinkedIn, Facebook and Twitter, also provide support. Ultimately, however, freelancers always need to be their own best advocates.

Calculate how much you personally need to make a job worthwhile

“Responsibility for negotiating rates is one of the many hidden costs of freelancing,” says Leanne*, a former magazine editor who currently works as a freelance writer and graphic designer. She explains that while clients may feel a rate is fair, they’re often oblivious to the “real costs” to a freelancer, which may include everything from tax issues to time expended on administrative tasks like invoicing and printing.“It comes down to asking yourself, ‘How much do you want the job not to cost you?’”

What helped Leanne establish her rate was working backward from a year-end income goal and then dividing by 50 weeks–the number of business days in the year assuming two weeks of vacation–to research a weekly rate. She then divided further by day and even by hour, factoring in office rentals and health insurance.

“Those target numbers become my ‘break-even point,’ and I remind myself that accepting any work for less will require doubling up on hours,” she says.

She recommends all freelancers track their hours, drafts and revisions, and overall content output–everything from word count to pages–to get the best sense of their workflow. “Too much of the responsibility has fallen on the content creators, who are more vulnerable to begin with,” she explains. “This is why quantifying what goes into a project has been so helpful for me.”

Stephen Heller, co-chair of the design department at the School of Visual Arts says that while freelancers should be aiming to get the best deal possible, they should factor in other considerations, such as the potential for a job to lead to new opportunities. If the job is If it’s a terrific gig that may open doors, he encourages drafting a cost/loss estimate.

“It comes down to asking yourself, ‘How much do you want the job not to cost you?’” he says.

Don’t be first to put out a number, if you can avoid it

Jonathan*, 70, built his career managing corporate teams and providing cost-cutting solutions to companies in the financial sector. This frequently put him in a position to hire new contractors and employees. He advises that anyone going into a negotiation should try avoid sharing their salary expectation without first hearing what the client is willing to offer. “Never be the first to pull out a number, if possible,” he says. “This gives the other party the upper-hand.”

“You may like the client, but they are not your friend.”

Instead, let the client explain what amount they have in mind and why; if it’s unsatisfactory, you can always try to bargain up. By waiting, you also diminish the chances of underselling yourself; the rate your client offers could be above what you were expecting.

Read the whole article on 99u.adobe.com/articles